St Joseph and the 3 Prongs 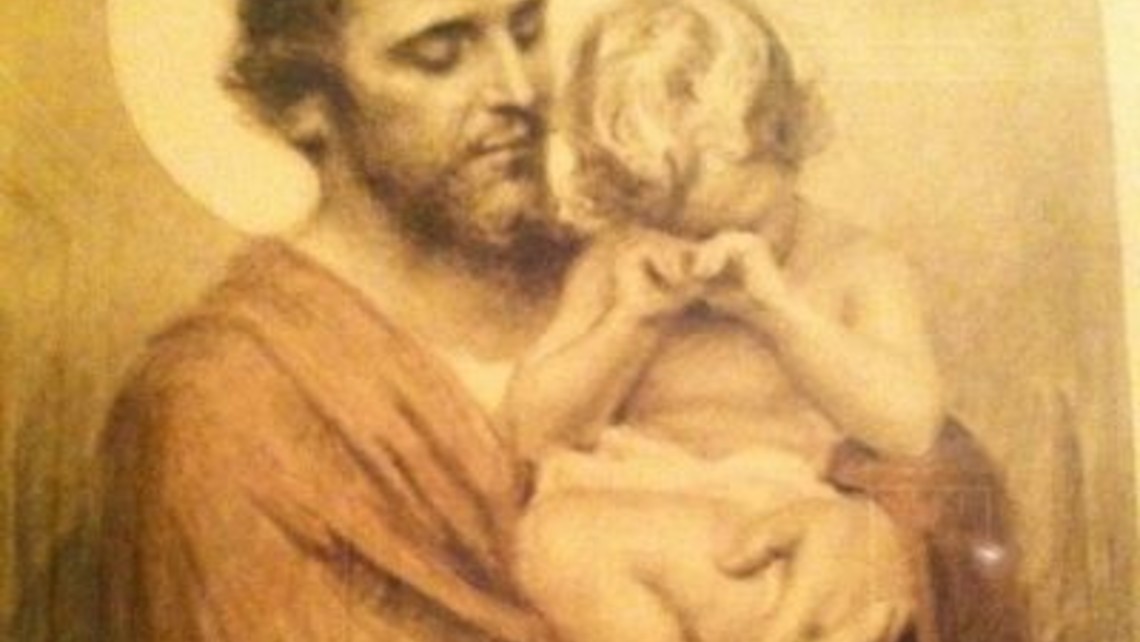 What would it be like to find your soon to be wife pregnant, a murderous king targeting your child, an exit plan to a foreign land then returning only to find the king's son had taken over?  Sounds terrifying.  Yet St Joseph holy cards make him look old and Christmas cards portray the nativity scene as harmonious.  Far from it.  This year of St Joseph in the Catholic Church has me reading several books about his life and struggles.  He many titles, Protector of the Church, Foster Father of Jesus, Terror of Demons, and rightly so.  To some, these may seem to put him on a pedestal.   However, St Joseph is quite relatable.  Much like humanity, and us, he has been through the three prongs of relational brokenness, attachment and trauma.  Let's take a look.

"When his mother Mary was betrothed to Joseph, but before they lived together, she was found with child through the Holy Spirit" (Mt 1:18).  The movie 'The Nativity' portrays this well.  Mary comes home after spending 6 months with Elizabeth.  She awkwardly gets off the wagon due to being pregnant and showing.  Turning, she faces Joseph, he sees her round belly and his facial expression says everything: betrayal.  Yes, we know how the story ends, but in that moment, Joseph ran into a perceived relational wound that changed the course of his life.  How many sleepless nights did he have?  Who did he turn to?  Was he angry?  He eventually made the choice to divorce her quietly when "behold, the angel of the Lord appeared to him in a dream" (Mt. 1:20).  This was the turning point and he surrendered.  Instead of blame, control and proving his feelings were right, Joseph waited with "a sliver of hope that the divine mystery was happening in the Virgin's womb" (Schadt, 2020).  Communication skills, emotional regulation and loving your spouse are all good tools to work through tough times in a relationship.  But sometimes, a husband's surrender of letting his wife be who she is, faults and all, or a wife letting go of her agenda for him and waiting for God to move is what changes everything.

"So Joseph...took unto him his wife" (Mt 1:24).  The bonding then followed, emotionally and spiritually, between Mary and Joseph.  Attachments are made through comfort, affirmation and protection.  The journey to Bethlehem, the toil and pain of giving birth and the grieving of the children of Bethlehem being killed encircled Mary and Joseph with a great sadness.  Mary would have needed much comfort and the 'righteous' man was up for the calling.  We all need affirmation and in Mary's journey through life, Joseph must have been so proud and in love, blessing her along the way.  This gentleness was coupled with protection.  A 'huge red dragon' (Rev 12:3) stood before Mary to murder the Child.  But Joseph was there to protect his family from Herod and then fled into the desert.

The bond must have been deep between the couple, especially in the midst of so much danger and trauma.  How did Joseph process the killing of every male, two years old and under in the city of Bethlehem?  "Joseph rose and took the child and his mother by night and departed for Egypt" (Mt 2:14).  This wasn't a casual departure.  They had to wake up in the middle of the night and depart, immediately.  This presumes the soldiers were on their way.  Was it a close call?  Joseph covered his family, wrapped them up and fled.  He faced trauma, came to grips with it and knew that the healing the Child was to bring, would overcome the murder of those infants.

This article won't fix all of our psychological problems, but it gives a window into a man who knew how to deal with life.  Let it inspire us to bond with the people we love and face our traumas, knowing that healing is on the way.

I recently ran across a quote from a priest teaching at a prominent university who stated, 'Trust self less, trust God more.' In following... END_OF_DOCUMENT_TOKEN_TO_BE_REPLACED

What Keeps Us Stuck

I met a dear woman in my first years in Kansas City. Because of our connection I could see her life more closely. In... END_OF_DOCUMENT_TOKEN_TO_BE_REPLACED

As a therapist, but also as a husband and father, I continue to be fascinated by how our neurobiology points to that fact that... END_OF_DOCUMENT_TOKEN_TO_BE_REPLACED