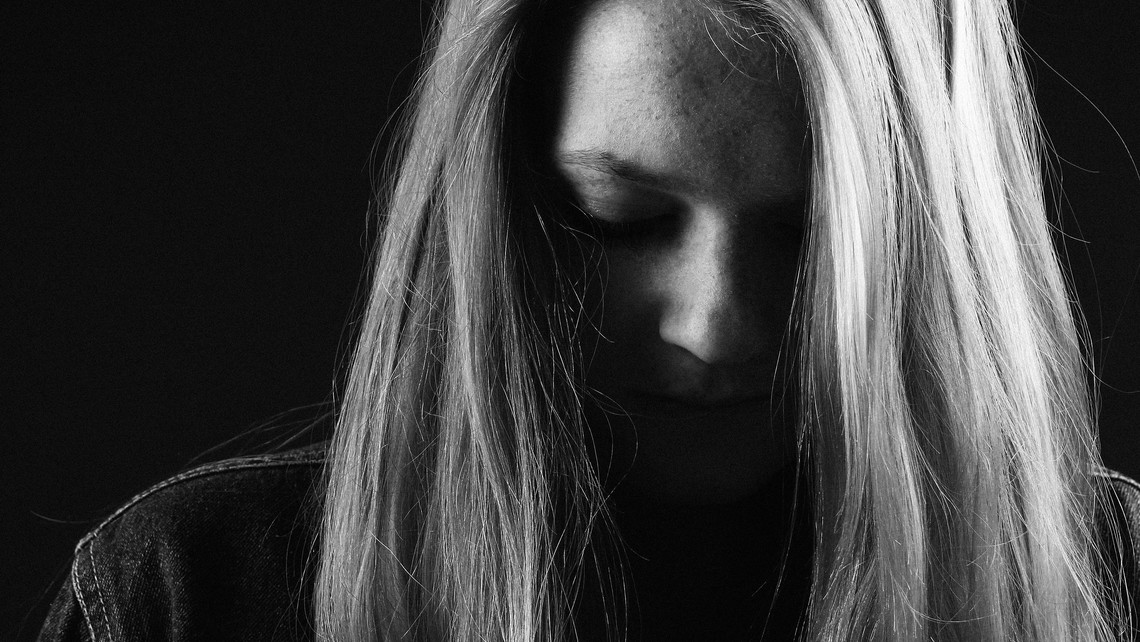 The wife of a sex addict experiences a 'shattered' or broken reality of herself, spouse and marriage.  Recent literature and research has coined the term 'Betrayal Trauma' for the clinical aspects that are impacting her.  A traumatic event includes an actual or threatened breach to the integrity of the person. In this case, the wife's perception of a true, total, faithful and fruitful marriage has been shattered.  The trust and honesty built upon the vows have been broken and she is left helpless with a new baseline for the relationship: fear.

She has been compromised spiritually, psychologically and bodily from his deceptive, compartmentalized behaviors. His defensiveness, avoiding and manipulating over the years may have her feeling like she is 'crazy.'  Wives often feel like something is wrong with their identity, that she is at fault somehow or she isn't good enough.  Below are three aspects of SAIT (Minwalla, 2014).

This dimension of the trauma is induced when the wife's perception of the reality of the marriage comes into contact with the addict's compartmentalized, deceptive, sexual behaviors.  This discovery can be subtle or raw. Subtle might look like a small rock thrown into a pond. The ripples start slowly but then expand through the whole lake. A metaphor for a 'raw' discovery might be a collision between two football players, resulting in a concussion or broken bones.

The ripple effect might be harder for the wife to see, in that she notices her husband is 'checked out,' less attentive, preoccupied or disengaged from the kids.  There is a part of her brain reading his non-verbals called the right hemisphere, and this is happening at an unconscious level. Thus she 'knows,' she just doesn't know that she knows, yet.  This ripple may also include a one-time discovery of porn use, which the sex addict chalks up to a mistake that will never happen again. She feels deep down and has an intuitive sense that something is wrong, but can't quite put a name to it.

Closure is shutting the door to hidden parts of the addiction.  However, the prefix 'dis' means creating a negative or reversing force.  Thus, disclosure literally means reversing the hidden, compartmentalized, deceptive stories of the sexual addiction.  While discovery is a sort of checking and 'hunting' by the wife, disclosure is actual conversations when she is told about parts of the sexual behaviors.  Once again, her reality is not what she thought it was.

Typically this aspect comes in the form of a 'dribble' disclosure.  The wife asks for the story or the reasons for her discovery, and he gives part of the answer to avoid 'hurting' her, even though he already has.  She may show tears, anger, protest behaviors to 'shake' it out of him. The addict feels he has good reasons not to fully disclose: she may leave him, it will hurt her too much, etc.

According to Minwalla (2014) it's important to know that clinical intervention and stabilization is required immediately, not at the forced rate of the addict, but at the spouse's often 'slow' rate.  Thus a formal disclosure is needed in the presence of a professional.

Hypervigilance is the amped-up watchdog of the wife's brain that keeps her aware of the danger and safe from threat.  She now has a heightened sensitivity to potential, perceived or actual threats. There is literally a part of the brain that has more blood flowing to it, especially if she is not processing it with a professional.  This part of the brain is called the amygdala which is the emotional processing center, specifically in regards to fear and more primal feelings. It becomes hyperactivated due to trauma and any slight cue or trigger sets off the alarm.  She now has to be on guard. The fact is, she has now associated the way you walk around in the house as if you are looking at porn. Your very presence might trigger her and remind her of the daunting experience of your sexual addiction.

Hypervigilance is tightly coupled with re-experiencing.  This comes in the form of spontaneous memories, recurrent dreams related to the sex addict's behavior, flashbacks or other ruminating behaviors.  Re-experiencing typically coincides with a trigger; and there are now a lot of them. Any related internal/external, objective/subjective sensation, feeling, thought, stimuli or perception may take her back to the trauma and remind her of it.  This creates a sort of 'in the moment' response as if she was actually at ground zero. In a way, she still is. The powerful part of the amygdala is that it does not have a time stamp. So emotions felt in the now, if not processed and integrated, will remind her of the trauma.

The after-effects of the trauma induce safety seeking behaviors which come in all shapes and sizes that husbands may not recognize or understand.  These may include protective anger, lashing out, emotional outbursts 'out of nowhere,' hiding, crying spells, a distant look or trance, defensiveness, being on the offensive, wanting to know why, wanting to hear the stories again, etc.  These can be looked at as protest behaviors towards the injustice of the husband's sexual addiction and related behaviors.

“Cat” hairs may include: the computer, phone, tablet, blond hair, women, forgetting to tell her something, intimacy, sex, cities, travel, 'that look,' etc.  The triggers may be nuanced and complex, random or understandable. Part of the husband's job is getting to know these.

Getting the Question Right

Right now, husbands may be in panic mode and fix it mode after reading the last two pages.  However, the question isn't “how do I fix it?” or “what should I do?” The focus needs to be creating empathy, building a tolerance to negative emotions and getting to know your wife in her hurt, broken state.  You can eventually be her hero if she allows you and chooses so. But knowing her triggers and your response to them is now your battle if you want her heart back. The questions is: “How do I feel with her?”

Getting to Know Your Wife's Betrayal Trauma

This exercise is intended to create awareness, empathy and understanding of your wife's trauma symptoms.

In the midst of your addiction, before any formal or informal disclosure, how were you defensive?

How did you manipulate or put the blame on your wife, making her feel crazy?

What were ways in which she discovered your behavior?

What questions did she ask in the midst of your addiction?  How did she 'know?'

How many disclosures, if any, have you had throughout your marriage?

If you held back information, why?  Was there dribble disclosure?

What symptoms of hypervigilance does your wife have?

What symptoms of re-experiencing does she have?

What are her triggers? How do you respond?

The Problem With Mice

While relaxing in my home a while back, I screamed as I watched a tiny fur creature run across my living room floor. A... END_OF_DOCUMENT_TOKEN_TO_BE_REPLACED

In the springtime month of April, many people experience joy and hope on the occasion of Easter. After a long, dreary, and sometimes agonizing... END_OF_DOCUMENT_TOKEN_TO_BE_REPLACED

I get a lot of questions regarding medication. The irony is that most clients initially don’t realize I can’t prescribe medication. Licensed counselors do... END_OF_DOCUMENT_TOKEN_TO_BE_REPLACED