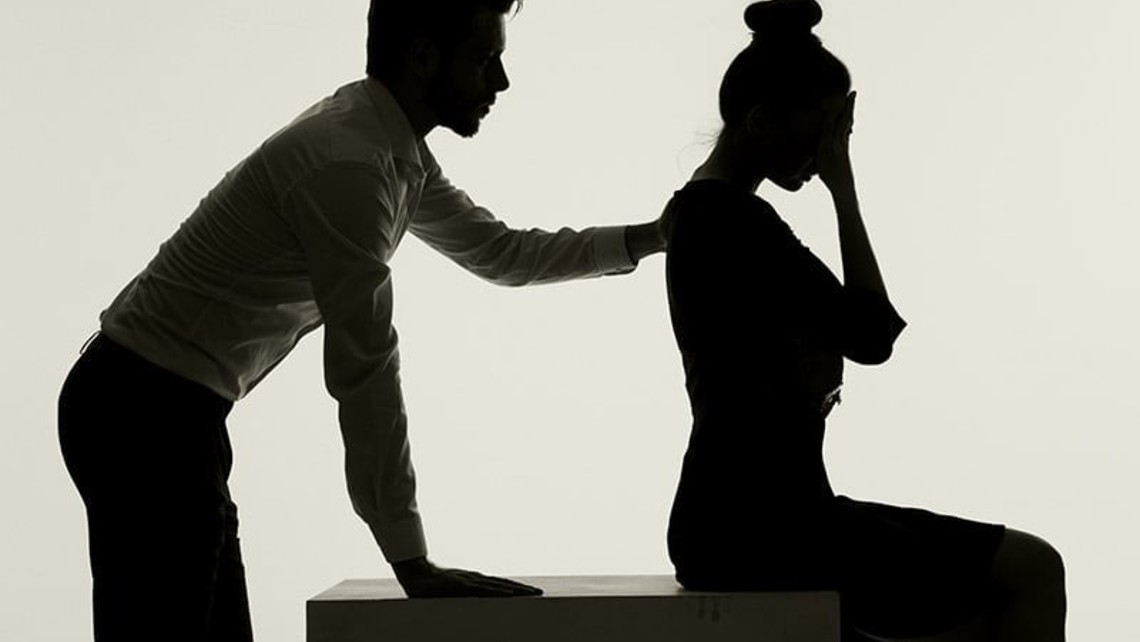 Have you ever had a conversation with a friend and you overreact to something they say and you’re not sure why? Or have you been in the middle of a conversation with your spouse and been alarmed by their seemingly disproportionate response to something that you said? It can be embarrassing when we overreact and we often interpret these types of outbursts from our spouse as hurtful.  It is important to know that is it the nervous system, not so much the brain, that is responsible for these disruptions in connection with each other.

The Autonomic Nervous System is made up of two main branches; the parasympathetic nervous and sympathetic nervous system. The sympathetic branch is responsible for the fight/flight response. The primary component of the parasympathetic nervous is the vagas nerve. Appropriately named, vagas mean wanderer. The vagas travels in two directions from the base of the skull. It travels downward through the lungs, heart, diaphragm, and stomach and then upward where it connects with the nerves of the eyes, ears, throat, and neck. The vagas nerve has two pathways; the ventral pathway and the dorsal pathway. Dr. Stephen Porges developed what is known as the Polyvagal Theory. His theory helps to explain how our nervous system responds to safety, danger, and stress. He proposes a three-part hierarchical system; the ventral vagas, the sympathetic branch, and the dorsal vagas. When the ventral vagas is activated, we feel relaxed, safe, and social. The sympathetic nervous is responsible for the fight-or-flight response. And finally, dorsal vagal activation leads to immobilization and shutdown.

The primary purpose of the Autonomic Nervous System is to keep us alive; the sympathetic nervous system primes our body to mobilize as a means of protection and defense. Once the threat is gone, the sympathetic nervous system settles down and signals the ventral vagas to activate leading to a feeling of safety and calm. However, if the flight/fight response is no longer effective, the dorsal vagal branch takes over, causing shutdown and collapse. In one final act of self-preservation, the dorsal vagal nerve shuts down the body resulting in dissociation and immobility. The problem, however, is that our nervous system can perceive threats and danger that do not exist.

It all begins with neuroception. Neuroception is a process which happens below the level of conscious awareness, scanning for both signs of safety and threat. According to the Polyvagal Theory, our nervous system responds unconsciously and automatically to threats in one of three ways. We will either socially engage, fight/flight, or we will shut down and collapse. Which path our nervous system will take greatly depends on to what extent we’ve experienced relationships as safe or have a history of relational trauma. Those who have unresolved trauma can often live in a perpetual state of sympathetic activation or even dorsal vagal activation.

The process of neuroception is exquisitely sensitive and picks up the slightest changes in tone of voice, inflection, volume, body language, etc. Because we are hardwired for connection and made for relationships, neuroception automatically picks up on relational signals of safety and threat. Any ruptures, perceived or otherwise, are experienced as a threat and our nervous system will respond accordingly. When I share this information with couples, they often tell me that they wish they would have known about this early in their relationship. I can certainly relate to this in my own marriage. One of my wounds is feeling ignored or dismissed. Looking back on moments when I felt my wife was ignoring me, my sympathetic nervous system quickly became activated and I would be in full-on fight mode.

Because we are created for connection, our nervous system is highly tuned to the perceived threat of disconnection. We’re able to connect when our neuroception picks up signals of safety and reciprocity. Since my wife was not intentionally ignoring me, my angry and defensive reaction then activated her sympathetic nervous system. After my sympathetic nervous systems calms down and I’m back in a state of feeling safe and calm, I’m then able to realize that my reaction had nothing do to with my wife and that my nervous system was triggered by something it perceived as a threat. Once my ventral vagal pathway is online, I can then repair the rupture in our relationship by apologizing and asking her for forgiveness. Despite the fact that neuroception and how our nervous system responds are unconscious processes, we are still responsible for our behavior, especially when it is hurtful to those closest to us.

Conflict is inevitable even in the healthiest of relationships. Deb Dana, clinician and expert on the Polyvagal Theory, describes these moments of unintentional relational disconnect as biological rudeness. These moments of biological rudeness are often triggered by mundane and ordinary events. Your husband checking his cell phone, your wife briefly attending to the needs of your toddler, or you become distracted by something else going on in the room, are enough for our neuroception to signal to our nervous system that we are no longer safe. Other experiences of relational rupture result from misattunement or a lack of reciprocity. This happens when one person’s autonomic state shifts (ventral vagal to sympathetic) and this triggers a similar shift in the other. When we have a history of relational trauma, these moments of biological rudeness can happen frequently and can be painful.

If any of this sounds familiar and you frequently experience moments of biological rudeness in your relationships, this could indicate that you’re carrying around unresolved trauma. I often tell my clients that we are not responsible for what happened to us when we were children, however, as adults, we are responsible for our behavior and seeking help and support if necessary. The main reason that I sought my own therapy and continue to do my own work is because I was acting out of my unresolved issues. My neuroception was picking up on perceived signals of threat that were rooted in past woundedness which triggered my sympathetic nervous system. In an effort to stave off this perceived attack, I would act out in anger that I would later regret. As I’ve become more aware of my body and its subtle autonomic shifts, I’m now better able to communicate what I’m experiencing before my nervous system shifts into over drive.

When we’re stuck in hurtful patterns it can feel hopeless and we can resort to blaming each other. Not only are these relational dynamics common, they are also treatable. If this is an ongoing issue in your marriage, I would encourage you to seek help.

We all experience this sense of being stuck, as it seems to be an everyday occurrence and a... END_OF_DOCUMENT_TOKEN_TO_BE_REPLACED

One recent morning, I was lying on my bed gazing somewhat blankly at the ceiling as I tried to wake up. In my not-fully-alert... END_OF_DOCUMENT_TOKEN_TO_BE_REPLACED

I recently ran across a quote from a priest teaching at a prominent university who stated, 'Trust self less, trust God more.' In following... END_OF_DOCUMENT_TOKEN_TO_BE_REPLACED